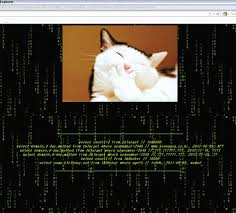 Just days after North Korea threatened South Korean media outlets with retaliation for critical coverage, the databases of two of South Korea’s major newspapers, The JoongAng Ilbo and its sister paper The Korea JoongAng Daily, were hacked into by username IsOne, whose identity is still a mystery.

The Korea JoongAng Daily reported that both papers lost article and photo databases, and “the editing system that moves copy was also destroyed, disrupting the newspaper-making process.” Investigators believe the cyber attack was carefully planned, as the hacker left a malicious code to paralyze the computer network through an unusual domain address used only by employees.

An unknown code was also found on the website with a message suggesting additional media sites would be hacked. Though they are unsure if North Korea had anything to do with the attacks, investigators say they are not ruling out that possibility since North Korea has openly threatened the country’s media, and speculation remains regarding their involvement in previous cyber attacks back in 2011 and 2009.

A screen capture of the JoongAng Ilbo’s Internet news site when hacked. A photo of a white cat and the statement, “Hacked by IsOne” with an unknown computer code.