In Bahrain, unknown assailants who were wearing masks attacked a journalist named Jamal Zuwayyed. According to Gulf News, the online version of the well-known newspaper based in Bahrain, the perpetrators waited for Zuwayyed to exit the mosque after fajr (Islamic morning prayers). The attack prompted Manama, a religious and political society of Bahrain, to ask the interior ministry for better protection of all journalists. Al Asala, the main political party in Bahrain, also issued similar statements, explaining that hate emails and comments towards journalists need to end in order for them to carry out their work.

However, further investigation into the victim raised an unexpected issue.  The Gulf News story indentifies Zuwayyed as a journalist and nothing more. Yet, according to another media account, Zuwayyed holds one of the highest government ranks in Bahrain: Assistant Secretary-General for Sessions and Committees at parliament.

Zuwayyed is a politician who also writes as a columnist for the Akhbar Al Khalee. His status as a journalist is not in question. But the omission by the Gulf News of Zuwayyed’s political position raised issues about the completeness of the paper’s report. 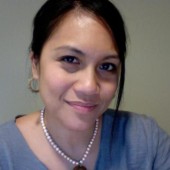 BAHRAIN: The Pen Is Mightier than a Kalashnikov