NORTH KOREA: Should This Country Be Put on Trial?

“Dire” along with “absence of civil, cultural, economic, political and social rights” are the words used by Marzuki Darusman, the current United Nations special rapporteur for North Korea, to describe this bleak facsimile of a real normal country. This was in a report Darusman gave to the General Assembly ‘s Third Committee. This assessment coincides with the release of the second edition of the 2003 report, “The Hidden Gulag,” by David Hawk. This compiles gripping accounts from former detainees and satellite imagery of political prison camps in the formally named Democratic People’s Republic of Korea.

Now, Journalist Blaine Harden publishes “Escape from Camp 14“ telling the world about Shin Dong-yuk’s story, the only inmate known to have escaped from one of North Korea’s top-security prison camps, where he had lived since birth.  As one of the estimated 200,000 victims of North Korea’s “guilt-by-association” approach to justice, Shin was born in a prison camp and had no prospect of being released as he suffered for the collective punishment of his uncles who were allegedly collaborating with South Korea during the Korean War. He was forced to witness the execution of his mother and brother after attempting to escape. Finally at the age of 23, Shin did manage to escape — using a dead body to cover him as he edged through the electrified wire fence.

For decades, the United Nations and international human rights organizations have documented abuses occurring in North Korea — from torture to starvation. As more and more books, films, and other materials are released about North Korea, will this evidence pile get high enough to cause the international community to put the country on trial?  This exact proposal has been made recently by Geoffrey Nice and William Schabas in an op-ed piece for the New York Times. We fopund it very convincing. 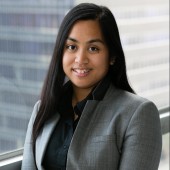 Lailanie graduated LMU in the Spring of 2011 with a Bachelor of Arts in Economics.