ASSOCIATE EDITOR CAMILLE BRYAN WRITES — Every action has an equal and opposite reaction, so why are we surprised that after thousands of years of colonialism, those failed by the system are rising up? How could a nation expect to keep such tight control over marginalized communities and expect them to accept their designation as second class citizens? Now we are witnessing yet another failure of a system that has protected the top 1% and neglected the other 99%.

On June 3, 1989, the Communist party declared martial law and opened fire on student protesters in Tiananmen Square who were peacefully demanding government reforms. Sound familiar? Fast forward thirty-one years, and take a look at Washington, D.C., where on May 31, 2020, President Trump authorized the police to deploy chemical gas and rubber bullets to control protesters, the media, and bystanders calling for justice for the police homicide of George Floyd. In America, where the freedom of the press is enshrined in the constitution, the current administration gassed its own journalists just for attempting to show the events unfolding in our capital. 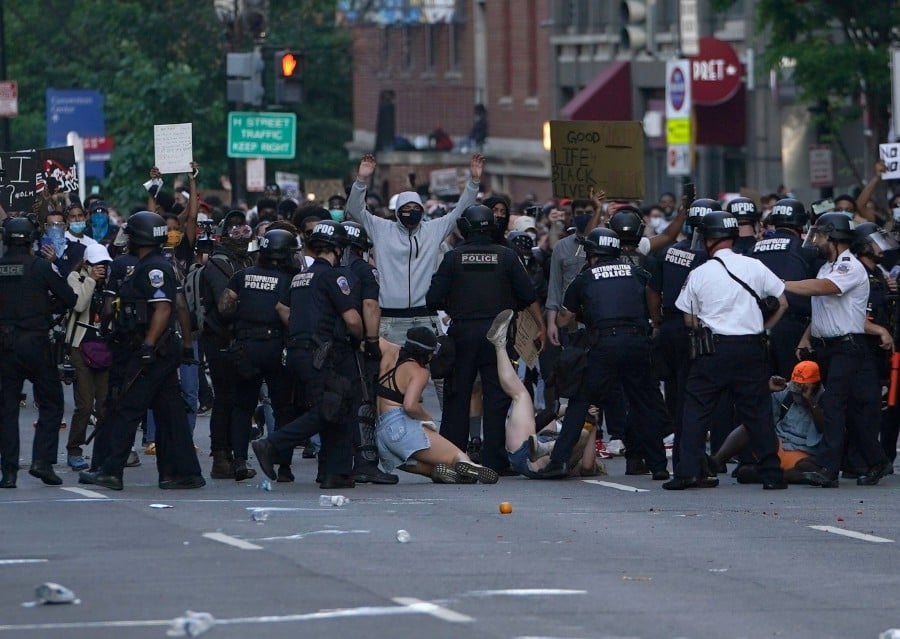 I do note, however, that the Communist party fired real bullets, killing student protesters in an attempt to silence any and all dissent. Furthermore, search engines in China make no mention of the massacre, and today’s government still persecutes people for discussing the truth of what happened when tanks opened fire on dissenters in Tiananmen. Those protesters, along with many in China, were not satisfied with the economic reforms of Deng Xiaoping that brought financial growth and an open market economy; they wanted political freedoms to accompany economic ones. To be an economically advancing and thriving nation, without freedom of speech or any aspects of a Western democracy, is a dichotomy those students did not accept. Just as Mao Zedong argued that the Communist insurrections of the 20th century were a natural reaction to the oppressive nature and failure of colonialism, the democracy protests in 1989 were a natural reaction to the oppressive nature of Chinese socialism and its failure of said system to provide political freedoms.

Today, the black community and its allies in the United States are engaging in a revolution against hundreds of years of institutionalized and systemic racism. The Black Lives Matter movement represents an equal and opposite reaction to the system of white supremacy that has stripped black Americans of their rights and relegated them to second class status long after slavery was outlawed. What makes this movement unique, when compared to the protests in Tiananmen, though, is that it will find its way into the history books as a revolution that forever changed the United States. Kids learning about the 2010’s and 2020’s will see police in riot gear attacking protesters, unarmed black citizens, and children. They will hear their parents and grandparents talk about what it was like to march in the nation’s capital, only to see the lights at the White House turned off, or what it felt like to be tear gassed so the president could stand in front of a church and hold a bible for a photo opportunity. None of this is possible for descendants of those who survived the Tiananmen Square massacre.

Imagine a world in which discussion of the Black Lives Matter protests was illegal, and participation could result in years of imprisonment. Imagine if tweets about the movement were monitored and could result in interrogation or detention.  Those students who asked their government for democratic freedoms in 1989 are in hiding, exile, prison, or dead. They do not get to discuss with their children the reforms brought on by the government as a result of the protests. They will not get the chance to see a better China because their government quells all political turmoil, ends any dissent, and even prosecutes those creating anti-government art.

We in America, though, will live to see a better America, one that does away with militant policing and the injustices of the federal prison system. The Communist party and the Chinese government will not, under Xi Jinping, allow for such an intrusion into their state-controlled society. It is not in China’s best interest to continue to tighten the grasp of political control and suffocate those voices who only want what’s best for their country. Only with regime change and revolution can a nation reject the horrors of the past and create a society that future generations can be proud of.